Traverse City, MI (May 2, 2019)—eFulfillment Service, an ecommerce inventory and order fulfillment provider known internationally as a top, third-party logistics company, has hired Jason Lindberg as director of expansion, leading the company in transforming its current warehousing processes from a leading facility to one on the cutting edge of process and technology. eFulfillment Service (EFS) is a family-owned operation, and Jason is the second son to join his father, founder John Lindberg, owner and president and Jason’s brother, Jordan Lindberg, executive vice president. 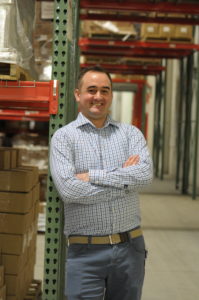 “Jason is putting together the team that will design the biggest, most complex and most important transformation our company has undertaken since its inception,” says John. Tagged Project Athena, after the Greek goddess of wisdom and warfare, EFS plans to renovate the warehouse structure inside, develop new workflow processes and deploy new technologies in-house and online, advancing every discipline of the business. The project is expected to span several years, and set the stage for growth long into the future.

Jason brings leadership, training and logistics experience to lead the EFS team in charge of the physical, procedural and cultural changes that will drive the success of Project Athena. Jason has marshaled large teams through stressful challenges and set standards for production; these skills will be instrumental in facilitating the overarching change EFS anticipates.

Jason’s Project Athena dovetails into a three-year expansion project lead by Jordan. The vision includes expanding the geographic reach of the company with partnerships and locations on both coasts and the southern region of the United States. Project Athena is expected to improve operating efficiency and provide tested processes to be implemented nationwide.

Jason’s logistics experience includes McMaster-Carr, a 100-year-old company known for its next-day delivery, its devoted customers and its high expectations of its staff. “One learns to respect and value well-designed systems at McMaster-Carr,” says Jason. “When the system is delivering efficiently, then the business can succeed. And success is good for customers, employees and the bottom line.”

Project Athena is part of an overall EFS business plan to increase revenue per square foot and revenue per man-hour. And Jason joins a swat team that has been aggressively designing workflow changes for several months, drafting blueprints and working on new software. His responsibilities include rolling out this work to the larger team and managing the evolution of systems as they are put into practice.

“We have nearly two decades of ecommerce leadership underpinning our goals,” says John. “We know what it will take to stay competitive. Project Athena is one tenant of our vision to build the eFulfillment Service company to serve not only the exploding market for fast-turn selling merchants, but also those start-up, crowdfunding and Kickstarter companies who need customer care.” 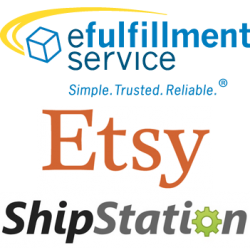 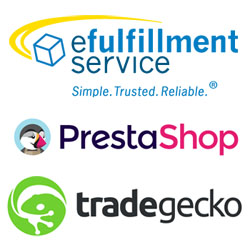 eFulfillment Service (EFS), one of the nation’s leading order fulfillment providers, is pleased to announce a new integration with Celery, a feature-rich platform that allows people and businesses to easily accept pre-orders for their products. “Celery is a very cool...